Blog The Rise of the Gardiner Business 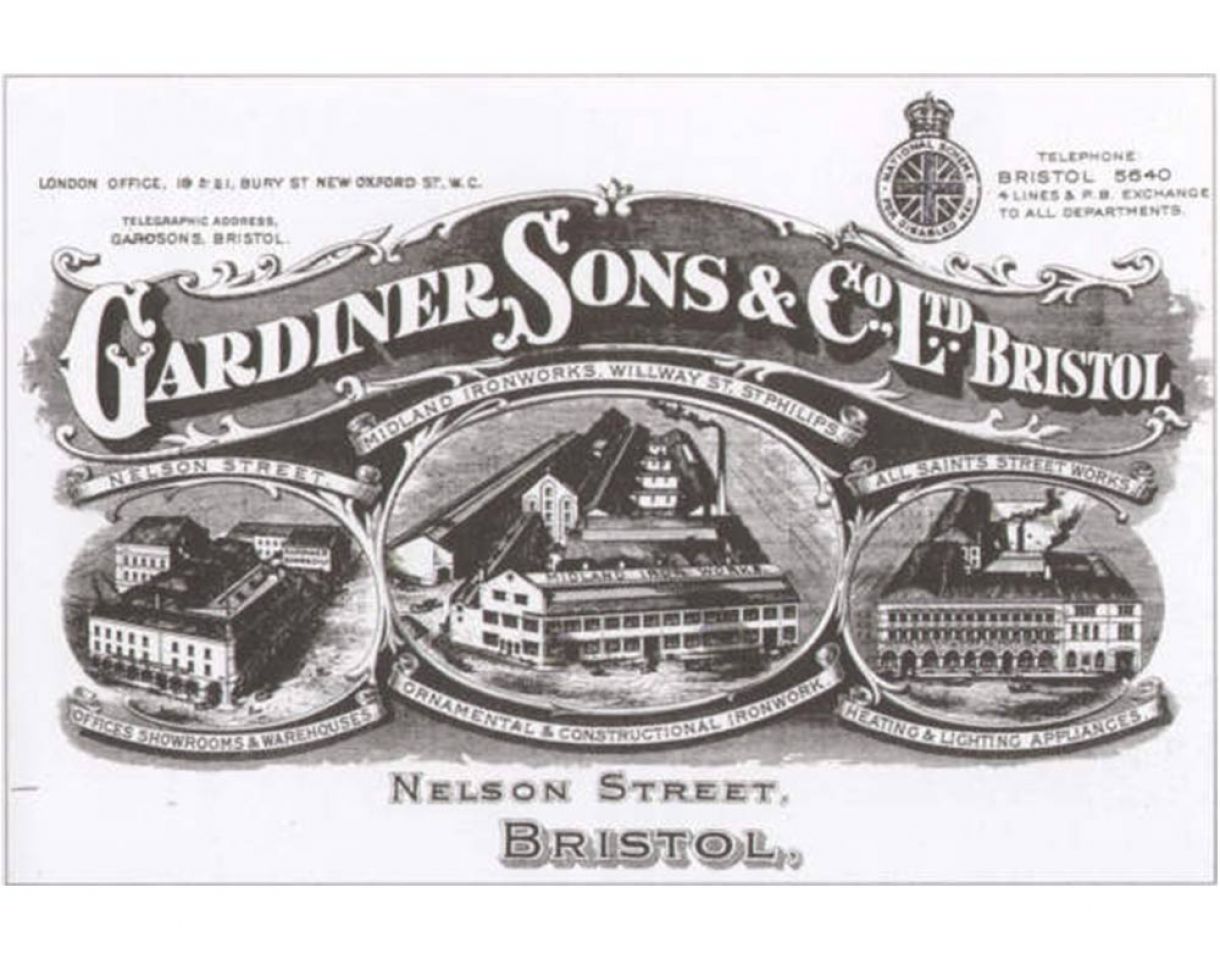 In 2019 Gardiner Haskins made one of the biggest business moves in our history. This includes a showroom move into the ‘Brunel Rooms’, a business restructure and developing a modern online shop. We have reached a contemplative moment so, we have taken a look at the journey so far.

The story of Gardiner Haskins begins in 1825 when Zachariah Cartwright began an ironmonger in John Street and Tower Lane, Bristol. After Zachariah died, the company was taken over by his nephew Emmanuel Chilcott and in 1865 Alfred Gardiner joined the company, bringing with him the business experience he had gained in Sydney, Australia. Prior to Alfred and his family going to Australia, he had an ironmonger and foundry in Lyme Street, Axminster from 1846-1853. The 1851 census states he had 11 employees.

The Gardiner Family in Business

Alfred Gardiner was the son of John Gardiner, John Gardiner also held the position of Sheriff of Bristol between 1819-1820 and Postmaster between 1825-1832. He famously saved the mail during the Bristol riots of 1831 by delivering it to Bath in his private coach.

John Gardiner's son Henry Gardiner built up a clothing business after his father's death. He joined with Charles Wathen in 1862 to create the busniness known as Wathen Gardiner.

During 1871, Alfred’s sons Thomas Chapple and John joined the business by taking over the shares of Chilcott when he retired. The company was rebranded as Alfred Gardiner & Sons. 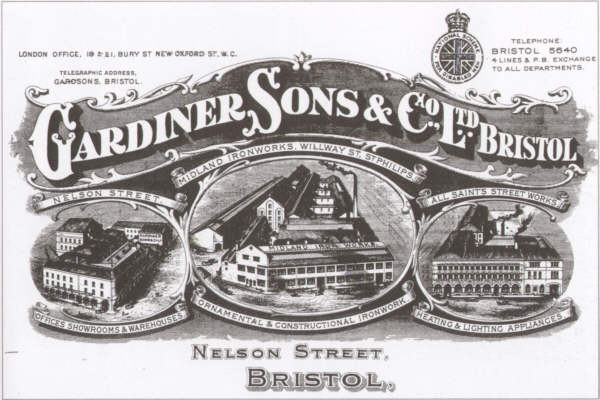 In 1874 the Nelson Street premises opened. This was previously a boot factory. During this time, sales representatives travelled by horse and trap as far as Cornwall and Wales. (Photo Above: Gardiner Sons & Co. Ltd. Bristol Logo. http://www.cliftonrfchistory.co.uk/memorial/WW1/gardiner.htm)

In 1878 the manufacturing of gates and railings began on All Saints Street, as well as steel windows, iron and brass church work, brass finishing and light constructional steel-work. Premises on Duck Lane was also added (now Fairfax Street). In 1893 the business became a limited liability company, one of the first in Bristol, with four Gardiners on the board, including John, the Chairman, Thomas, Harry and Frank.

Expansion continued in 1897 in the form of The Midland Ironworks in St Philips on Lucky Lane and Willway Street.

Interestingly, during the Boer War (1899-1902) the company produced saddle arches for the cavalry to help the war effort.

The company was prospering, and adding more property adjoining Stephen Street. In 1901 the All Saints Ironworks was moved to the new purpose-built three-story building adjoining the Midland Ironworks. In 1905 more property was acquired on the opposite side of Lucky Lane and a girder warehouse was built.

During the First World War, the ironworks contributed to the war effort by producing trench mortars, bombs and aeroplane parts. 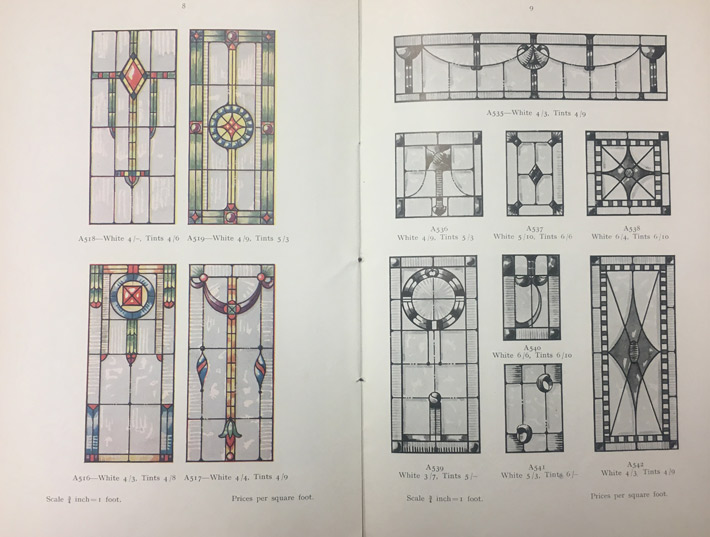 Expansion continued into the 1920s and 1930s. In 1927 two blocks of property, adjoining the Lucky Lane warehouse were converted into a workshop for large ornamental ironwork. Furthermore, in 1929 the company bought the bronze founders Humphry and Oakes. A foundry and workshops for this were erected at the corner of Willway Street and Midland Road, adjoining Midland Ironworks. (Photo Right: Catalogue of Iron Window frames at Gardiner Sons & Co. Image from the Gardiners Archives)

Apparently, the Nelson street premises were so big that an employee of over 12 months had to ask for directions back to their department

In 1930 the company bought the Queen’s Hotel (built in 1854) on Queen’s Road for a new showroom. They converted the upstairs bedrooms to offices and rebuilt the old stables, dining room, lounge and cellars as showrooms, making it one of the biggest enterprises of its kind in the country. They renamed it Beacon House. (Photo: Gardiner Sons & Co. Range Cooker on a post card. Courtesy of Bristol Records Office) 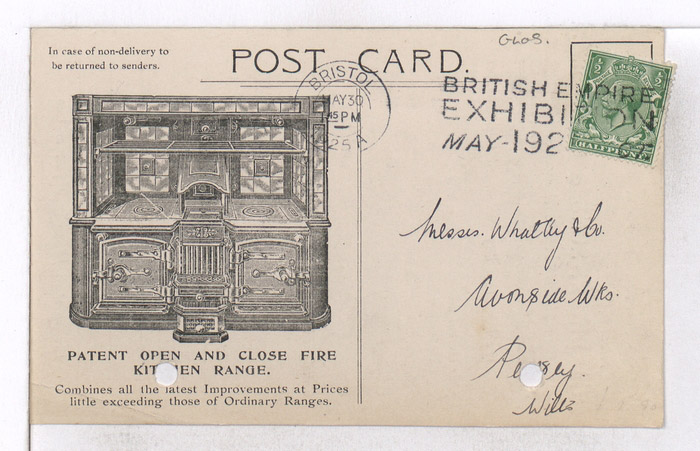 Building modern showrooms near their current premises did not suit, as the area had very few shopfronts. An article from 1932 described the venture as turning

“out to be a bigger undertaking than was first contemplated but in the end, the difficulties were surmounted, and there is certainly no finer ironmongery shop in the West than Beacon House, Queens Road, Bristol.”

When the Second World War began, production at the Midland Ironworks changed almost overnight. They made transport boxes for torpedoes, panels for the famous Bailey Bridges and lattice girders for the sea-borne Mulberry harbour. They also built gun mounts, radar mounts, rocket launcher bases and exhaust pipes for the Bristol Airplane Company.

However, the most secret creation of all was an experimental copper model of the aircraft carrier HMS Illustrious and the battlecruiser HMS London. The work was so ‘hush-hush’ that the designers, who were experimenting with flooding valves, had to work under the cover of darkness. The models were taken from the works through a window so that the employees would not see them.

Expansion continued in the post-war era. Kingsland Road factory, which produces aluminium windows and Barton Street wholesale branch opened in 1947 and in 1955 the Cheltenham branch opened. Unfortunately, the expansion stopped here. The 1950s saw the last Gardiner leave the business and by 1957 the manufacturing division struggled with the lack of work available to fill capacity and increased competition.

As a result, Beacon House was sold, and the Broad Plain development started. Work was expected to have been completed by 1958 but “difficulties” which were

“outside of the Company’s control, had two serious effects. Firstly, extra overheads […] caused by the handicap of operating from [their] old premises and profit margins were seriously affected, not only by competition but by the extent to which more profitably sales could have been developed by [their] increased sales force. Although record sales were, in fact, achieved, in spite of this handicap, inevitably many delays and mistakes occurred which […] can now be avoided.”

The firm sold the Nelson Street and All Saints Street premises’. The present Broad Plain premises opened in 1959 containing a warehouse, offices and showrooms.

The Gardiner’s Claim to Fame

In 1959 a discovery was made by the then-current Gardiner & Sons. Chairman. On a visit to Bristol University, as he was looking at relics belonging to Isambard Kingdom Brunel, he discovered that one of Brunel’s protractors was engraved with “GARDINER BRISTOL”. He wrote,

“Presumably Brunel must have bought this from us, probably while we were still in John Street, before we moved to Nelson Street, and I feel it must be a source of satisfaction to us all to find this evidence of a direct, if small link, between ourselves and Brunel, the great engineer.”

The Decline of Manufacturing and the Rise of Retail 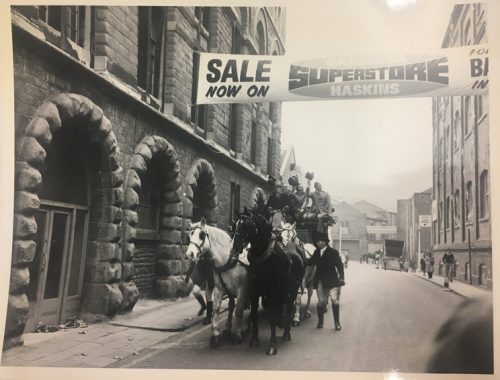 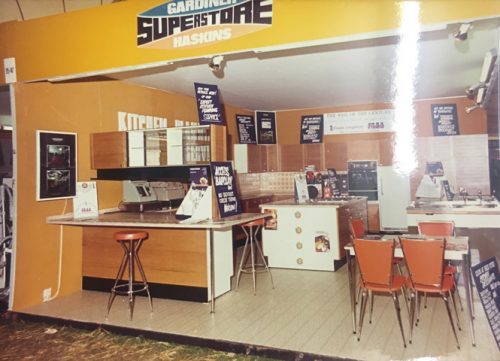 Extensive improvement work was carried out in 1972, a vast new retail homecentre was created selling everything for the home under one roof. Showrooms extended to some 150,000 square feet, unique for it's time. This was served by a huge 500 space customer car park and was, for many years, the largest retail store in the Bristol area. It was visited by over 1 million customers each year from around the South West. In 1979 a 30,000 square foot branch was opened in Cirencester.

In 2018, the ‘Brunel Rooms’ has been undergoing development, transforming into unique showrooms. Gardiner Haskins moved into their newly developed showrooms in December 2018. The showrooms include fitted bathrooms and kitchens, as well as beds and made-to-measure curtains. The Cirencester branch continues to offer a full range of homecentre products and services, benefitting from its position as the largest independent homecentre in the town. 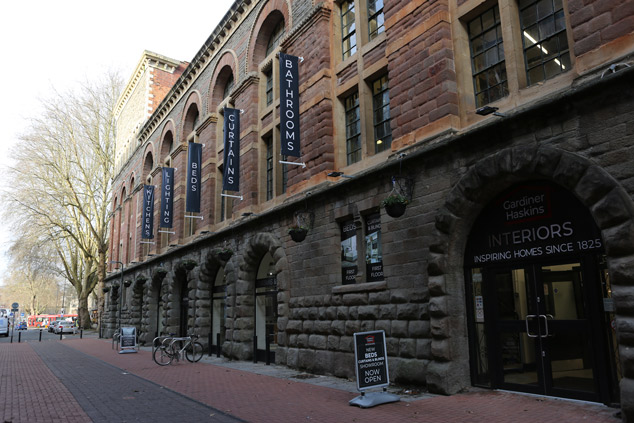 The History of Broad Plain and the Soap Factory 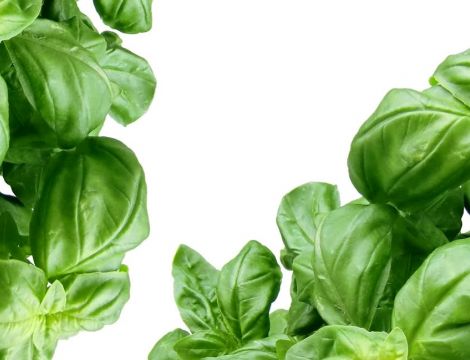